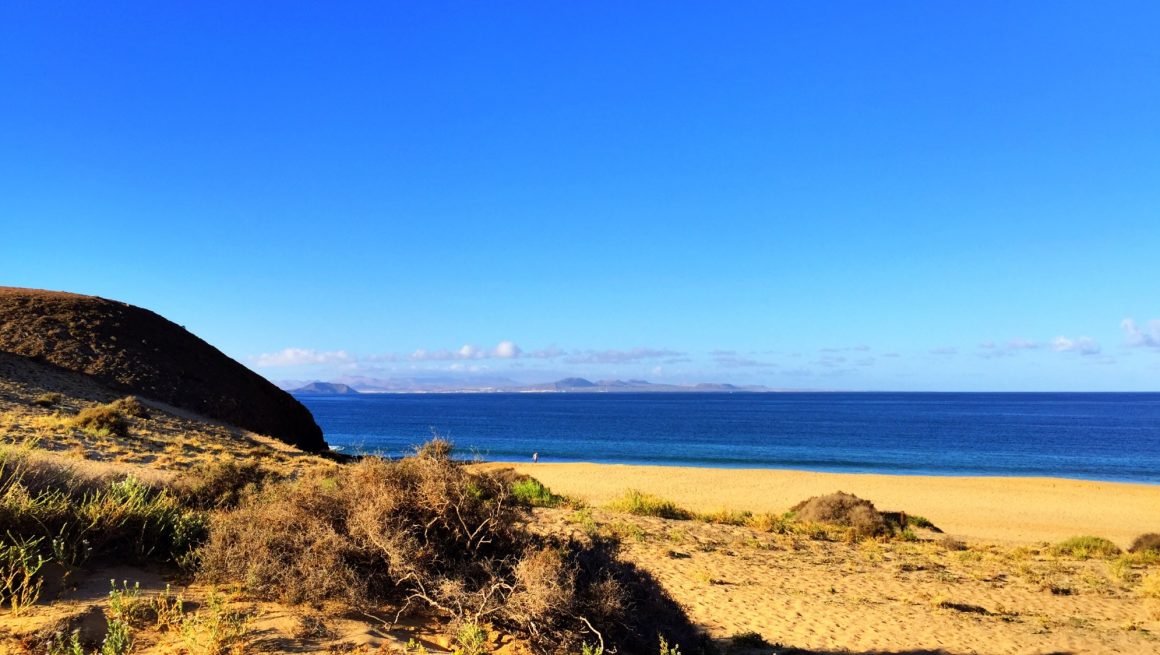 Several times I visited the historical site that once set the stage for the last try-out before real state colonialism started. It was here, on this beach in the South of the Canary Island of Lanzarote, that the Norman conquerors Juan de Bethencourt and Gadifer de la Salle landed in 1402. Close to the shoreline, they built a castle and a chapel in honor of San Marcial.

The conquest of Lanzarote took place 13 years earlier than the conquest of Ceuta in 1415, which is often mentioned as the first foothold outside of Europe and, therefore, the beginning of modern colonialism. Lanzarote is now part of Europe, but in the days of Bethencourt, it was populated by some 300 last survivors of the indigenous population. These ’Majos’ or ‘Guanches’ had lived there for at least 2500 years. Although the adventurers that became the new rulers of the island were not representing a state, their arrival was at least a significant step in the early development of colonialism.

The Norman noblemen had made a pact with the Kingdom of Castile. The Crown granted the rights to the conquest, and in exchange, the noblemen swore allegiance to the Crown. One of the main motives for the conquest by these Norman noblemen was economic: Bethencourt needed the orchil lichen to dye textiles in his factories. He was likely not the first to seek for orchil; the Phoenicians may have visited the Canary Islands to get the precious red dye that is extracted from the orchil.
Perhaps the many tourists that visit this island are unaware of the historical significance of this white beach in the south of Lanzarote. I suppose even most historians have never heard of the Costa del Rubicón, which makes it likely that I overrate finding this spot. But it was fun to look for it in 2017, many years after I had first read about this place and made a note to visit it one day. It was also a bit of a challenge to find it on an island where most historic sites are clearly signposted and never far from a car park and a cafe. I have been back several times since then, and it is now on the route of my early morning run through the southern hills and over the beaches of the island.

My first visit was just after sunrise. I walked east from the resort Playa Blanca until the boulevard suddenly ends at a hillside. It takes a steep climb and another walk of perhaps 45 minutes to reach the location of the first settlement of De Bethencourt. Not much is left that would make this an exciting tourist attraction. There is a small monument, and the wells can still be seen. For the rest, it was deserted, and I had a beautiful white beach all for myself. The beauty of this location is perhaps the best reason to go there. One of the wells, all that is left of the Rubicón settlement.

The view over the Atlantic Ocean was the perfect setting to think for a moment about the history of this ‘Costa del Rubicón,’ better known as the Papagayo Beaches. Lanzarote in 1402 was not the Lanzarote that now attracts millions of tourists every year. There was no airport, bus shuttles, hotels, or desalinated water. Living in the stone age on a barren island must have been a challenge for the indigenous people. The island may have been much greener before the first inhabitants arrived. Their goats and other pastoral animals may well have destroyed the delicate fauna on the island. The Guanches may have experienced what Easter Island would face several centuries later, and we may all soon increasingly experience on a global scale: a lack of water and other resources. Did they, therefore, practice female infanticide to limit the population? The chronicle of the expedition of De Bethencourt and De la Salle describes a practice where each woman had three husbands. The early history of the island is fascinating reading, and I may share some more of it in later posts.

I wonder why De Bethencourt landed right here on this spot. In the 19th century, the orchil lichen production was concentrated in the northeast of the island until it lost its significance in the last century when chemical replacements dyed better and cheaper. It may have been the combination of a safe anchorage in this natural harbor and the closeness to the islands Lobos en Fuerteventura. The presence of freshwater may have been the most decisive argument for choosing this location. The wells are nowadays the only evidence left of the city of Rubicón. One of the wells shows etchings made by the indigenous people that could represent the goddess Tanit.

The proximity to the coast allowed for pirate attacks. After pirates destroyed the chapel, the settlers moved inland to the small town of Femès, a strategic position on a high cliff overlooking the southern shores of Lanzarote. It still makes it a pleasant stop on your way to Playa Blanca. The view to the south from Femés 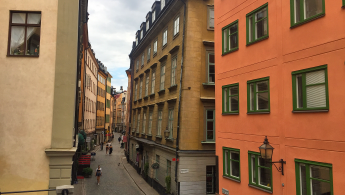