Bana Alabed, the girl that tweeted from Aleppo, is safe! 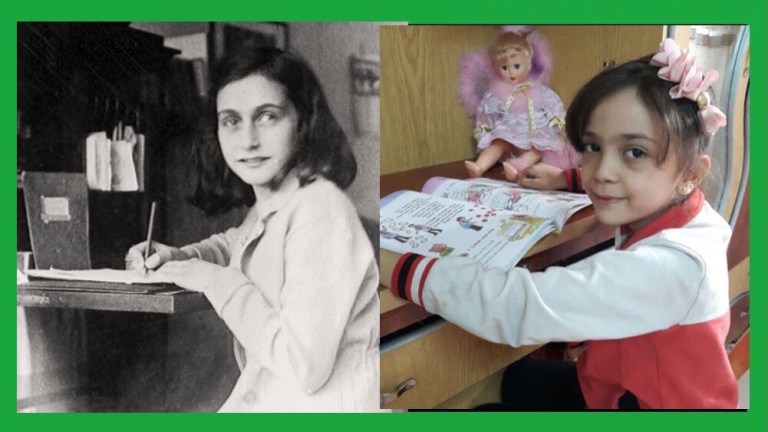 This morning the Foundation for Human Rights and Freedoms and Humanitarian Relief tweeted on @IHHen that Bana Alabed has finally arrived in safety. In the picture, she smiles and you will notice the missing teeth. It reminds those that feel they know her of the innocent tweets of the seven-year-old Bana about the tooth fairy. On 8 December she wrote to her hundreds of thousands of followers “I am happy I lost two more teeth”.

Many people daily followed her life in war-torn Aleppo on Twitter (@AlabedBana). They read these kinds of tweets, alternated with other experiences that described the horrors of war. While the world around her lost all humanity Bana showed the innocence of a seven-year-old caught in the madness of war.

I checked several times a day for tweets of Bana and her mother. The last tweet was sent yesterday by her mother, Fatemah. She addressed the Minister of Foreign Affairs and the President of Turkey: “please please please make this ceasefire work & get us out now. We are so tired”. You will probably recognize the picture of Bana behind her desk. It is that picture that reminded me of a remarkably similar picture of Anne Frank. I am aware that there are more differences than similarities between their stories. Anne Frank is a symbol of the Holocaust and more generally of persecution. For me, Bana Alabed is first of all a symbol of the cruelty of the Syrian war. But apart from the different history, age, ways of communicating, and much more, I see two girls that touched the heart of millions by writing about their lives when they had to go into hiding during a war.

Now that Bana is safe, there is another important difference between the two girls. Bana will live to tell her story. Perhaps the comparison with Anne Frank, as it was made by the Washington Post and in many other publications, will now fade. New comparisons will be made (Malala comes to mind), but she may just as well continue to be her own voice for children in wartime. I wish her and her family well, will continue to follow her on Twitter and I wonder what the future will bring for Bana and Syria.