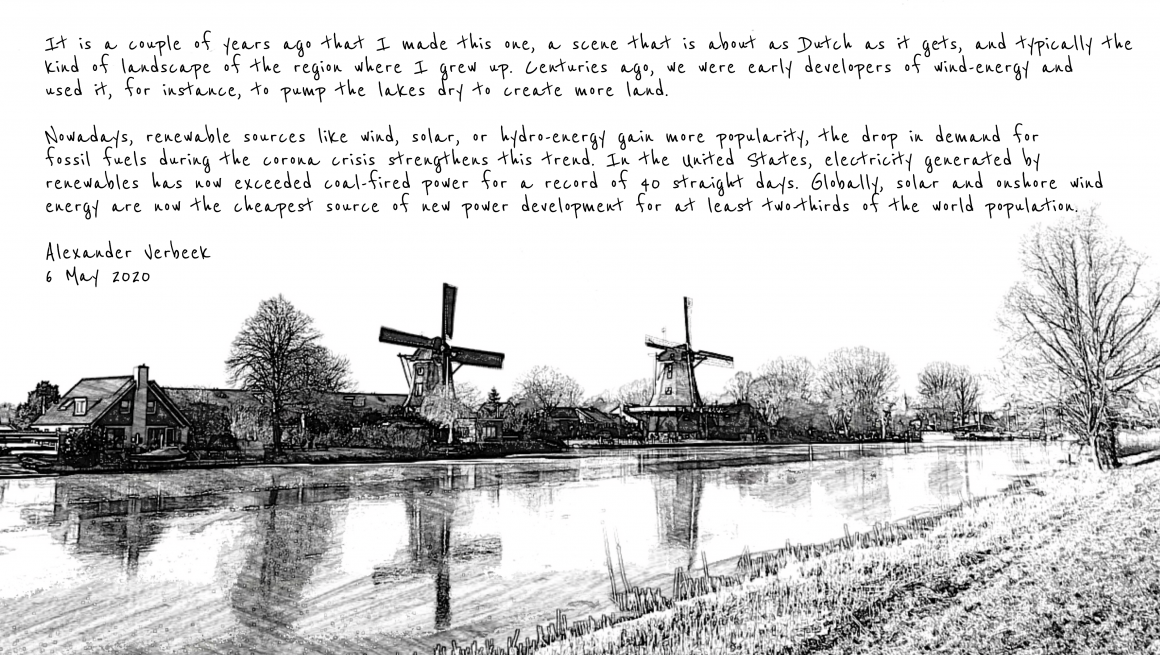 It is a couple of years ago that I made this one of Dutch windmills. Typically the kind of landscape of the region where I grew up, and this is as Dutch as it gets. Centuries ago, we were early developers of wind-energy and used it, for instance, to pump the lakes dry to create more land.

Nowadays, renewable sources like wind, solar, or hydro-energy gain more popularity, the drop in demand for fossil fuels during the corona crisis strengthens this trend. In the United States, electricity generated by renewables has now exceeded coal-fired power for a record of 40 straight days. Globally, solar and onshore wind energy are now the cheapest sources of new power development for at least two-thirds of the world population. 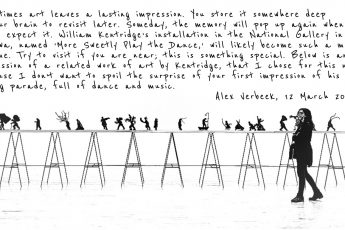 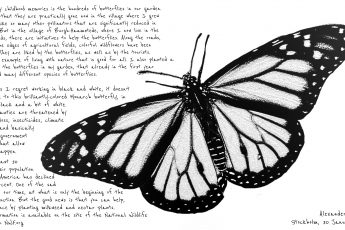 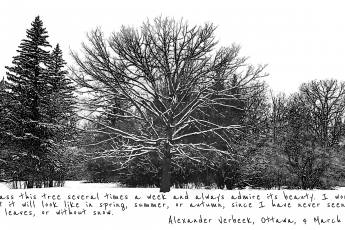